The does in Legacy’s line are among some of the best Rosasharn has to offer – three have been among the top five most productive milk producers multiple times, one holds the record for longest lactation (Rosasharn’s Buckwheat Honey – producing 2,194 pounds in 634 days) and another (Rosasharn’s Uni) set the record in 2003 for highest milk production on a single day of 305 day testing, and currently holds the record for highest lifetime production (8,500lbs of milk, so far!)

We are very, VERY blessed to have been given the opportunity to add Legacy to our breeding program, and so thankful to Jim and Kathy Sullivan of Jasper Pine! 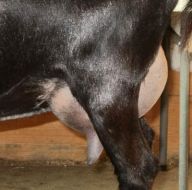 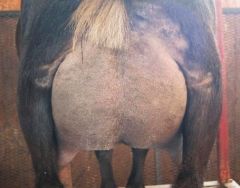